QUICK EXIT
Call 000 if you are in danger 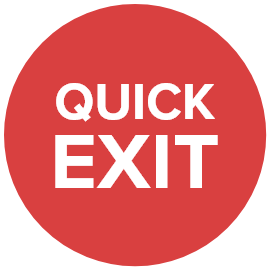 Am I a victim of violent crime?

Most of these crimes must be reported to the police to access assistance as a victim of violent crime.

A person is not considered a victim of violent crime under the law for property crimes such as:

Accidents or acts of self-harm are also not included in the definition of an ‘act of violence’.

If you have experienced a property crime, you can contact the police on 000 if it is happening now, or file a police report via Policelink on 131 444 if it has already occurred.

What types of crimes can you help victims with?

The criminal justice system is complex, including understanding the supports and court processes for the many types of crimes. VictimConnect can help with crime which involves an “act of violence”.

Property offences with violence, including:

Choking, suffocation, or strangulation, including:

Harassment, abduction, and other threatening offences against the person

I’m not ready to report the crime, can I still get help?

We understand that reporting a violent crime to the police can be hard. It is your choice and we are here to support you no matter what you choose.

It is however important for you to know that not reporting a crime may impact on the type of victim assistance and rights you can access, but we can work with you on understanding this.

Call us on 1300 318 940 to find out more about what help and support you can access for your individual situation.

Victim Assist Queensland provides financial assistance to victims of crime in Queensland. You can find out more about how to apply and who can apply here. If you need support with completing your application, we can help.

I feel unsafe in my home, how can you help?

We understand that the impacts of a violent crime can last long after the crime has occurred. If you are feeling unsafe in your home, we can help you with counselling, referrals, case management and assistance to apply for financial support for safety upgrades.

Do you provide court support or legal advice?

While we cannot provide court support or legal advice, we can support you to access these services.

We can help you by making referrals, providing general information about the court process, counselling and case management associated with the emotional impacts of court, and we can help with Victim Impact Statements.

Can I know about the progress of the investigation?

You have the right to be informed of the outcome of a criminal matter where you were the victim of a violent crime in Queensland. The Police should advise you if you cannot be informed due to concerns around jeopardising the investigation. Find out more about your rights in The Charter of Victims’ Rights.

Can you help me with my Victim Impact Statement?

Yes, we can help you with writing a Victim Impact Statement by sharing important things to consider including, and explaining how your Statement can fit into the criminal justice process. We can also provide counselling because we understand that going through this process can be difficult.

I’m a parent with a child under 18 who has experienced a violent or personal crime. Can you help?

Yes! We can provide counselling and case management and help find the right supports for your child.

I’m struggling with my mental health, can you help?

We understand that the impacts of a violent crime can last long after the crime has occurred. We can offer you free counselling sessions as well as case management services that can put you in touch with psychological support in your area.

Do you offer in-person support?

Our counselling services are offered virtually but our case management can be in-person in many areas across Queensland.

How do I support a loved one that has experienced a violent or personal crime?

We have a page on our website called Supporting Someone which has lots of helpful information on how to be there for a loved one who has experienced a violent crime.

Can I call your service if I experienced a crime in Queensland but have since moved out of State or overseas?

Yes, you can call our service from interstate or overseas if you need support for a crime which occurred in Queensland.

Can you help me if the crime happened outside of Queensland but I am currently living in Queensland?

Unfortunately, our service is unable to support people who have experienced a violent crime outside of Queensland. However, we can help you find the right service if you are not sure who else to call.

Will my personal information be shared?

VictimConnect operates within the Information Privacy Act 2009.All records and electronic data are protected from unauthorised use.

Client information will not be disclosed or shared without the caller’s consent unless required by law and/or the policies of this organisation. Find out more in our Privacy Policy.

Where can I make a complaint?

You can also make a complaint about our service if you feel we are not meeting your expectations.  This is different to your rights under legislation, but you do have the right to make a complaint at any time. Our Client Charter has more information about this process and you can access this here.